Danai Apostolidou Gagne is an Orff and movement specialist.  She studied with Carl Orff and Gunild Keetman at the Orff Institute in Salzburg, Austria, the first year the Orff Institute was established.  She has conducted workshops and seminars in the United States, Europe, Canada and Asia, and has been on the faculty of numerous certification programs in Universities and Institutes in the US and abroad, most recently at Cincinnati Conservatory of Music, Athens, Greece, and is currently directing the Orff Certification Program at PS 51 in New York City.
Her publications include A Seasonal Kaleidoscope (Schott), The Raccoon Philosopher (Schott), Myths in Modes  (Beatin/ Path Publications) A Collection of Greek Dances (Phaliron Press) and Singing Wind, Breathing Drums (Beatin’ Path Publications).  She has been a contributing author for the Silver Burdett/Scott Foresman music education series, and produced a CD for movement entitled It Moves Me.  Danai is the recipient of the “Distinguished Service Award” by the American Orff Schulwerk Association. 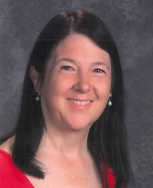 Karen Petty has been teaching Elementary Music and Movement for 35+ years.  She currently teaches General Music Kindergarten - 5th grade plus Chorus and Recorder Consort at Gold Rush Elementary School in Parker, Colorado.  In addition, she teaches adults in various summer Orff Teacher Training programs. Education: BME University of Northern Colorado 1981; Orff Certification 1989 UNC; Masters in Education, Curriculum & Instruction – Creative Arts in Learning Lesley College 1996.  Karen is currently serving as Recording Secretary of the American Orff-Schulwerk Association; formerly she served as a Region 1 Representative.  She is the past president of both the Rocky Mountain and the New York City chapters of AOSA and has presented at 7 AOSA national conferences and for many schools and Orff chapters. 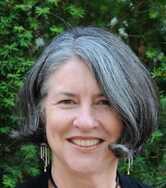 Leslie Timmons, Director of Orff-Schulwerk Music and Movement Teacher Education Courses, teaches the flute studio and music education in the Caine College of the Arts, Utah State University, and is Orff specialist for the Cache Children's Choir. After completing degrees in Music Education and Flute Performance, she received a Fulbright grant to do post-graduate work at the Orff Institute Mozarteum in Salzburg, Austria. As a founding member of Logan Canyon Winds, USU's faculty woodwind quintet, she has helped commission new works that are designed to involve children in live performance. Performing with ~AirFare~ , a duo with clarinetist Nicholas Morrison, has taken them to Haiti, Guatemala, Netherlands, and the Navajo Nation in southeastern Utah.  She is an Artist-in-Residence for Utah Arts Council and has served on the national boards of the American Recorder Society and the American Orff-Schulwerk Association. In1999 Leslie was honored with Utah Music Educators Association's "Utah Outstanding Music Educator” award. She is local chair for the AOSA professional conference in Salt Lake City, November 2019.

Paul Weller has been teaching elemental music for more than 15 years to grades K-5. He earned a B.A. from St. Olaf College, M.A. in Education from Saint Mary’s University and Orff Schulwerk Levels training at University of St. Thomas. He has taught workshops locally, nationally, has presented numerous times at the AOSA national convention, and is an Orff Level I and II teacher trainer. Paul Lives in Minnesota with his wife and two kids where he spends his free time cooking, reading, biking, and drinking tea.
Proudly powered by Weebly